With NachtHexen I (English: Night Witches I), Van Daele kicks off a cycle that highlights heroines throughout the history of the world. This creation is inspired by the Russian night bombing regiment Taman during World War II, that consisted of women only – from pilots to technicians. Using light glider airplanes, they successfully bombed German defense lines.

Within the universe of these Russian Night Witches, Van Daele puts Jeanne d’Arc (an earlier historical warrior) in the present. Against what, who, and how would she fight in our present time? NachtHexen I is an ode to the strength of women. Following the successful Over Onze Vader (English: About Our Father, 2016) and the very dansant Tierra (2017), the eternally temporary collective Burning Bridges brings another solid theatrical performance to the stage.

In NachthHexen I powerful dance, emotional play and dance all blend together into an enduring whole. Pure, energetic and sensitive, looking for the most direct way into the heart of the audience, like you’ve come to expect from Jens van Daele’s Burning Bridges.

In recent years, Jens van Daele (1972, Antwerp) makes his performances under the name of Jens van Daele’s Burning Bridges. It is a temporary collective of artists: dancers, musicians, writers, actors and dramatists. They build bridges together, but can also burn them again.

With the Swiss / French Ensemble Batida he made Spring Tide in 2013. This performance is inspired by Igor Stravinsky ‘Le Sacre du Printemps’. By 2015, it is British art painter Lucian Freud who serves as an inspiration for About Lucian. Inspiration for a performance are not only grandmasters from Russia or England. He also finds it closer to home. The life story of his own parents is central to Over Onze Vader. He combines for the first time his distinctive raw dance and live music with genuine text theater. 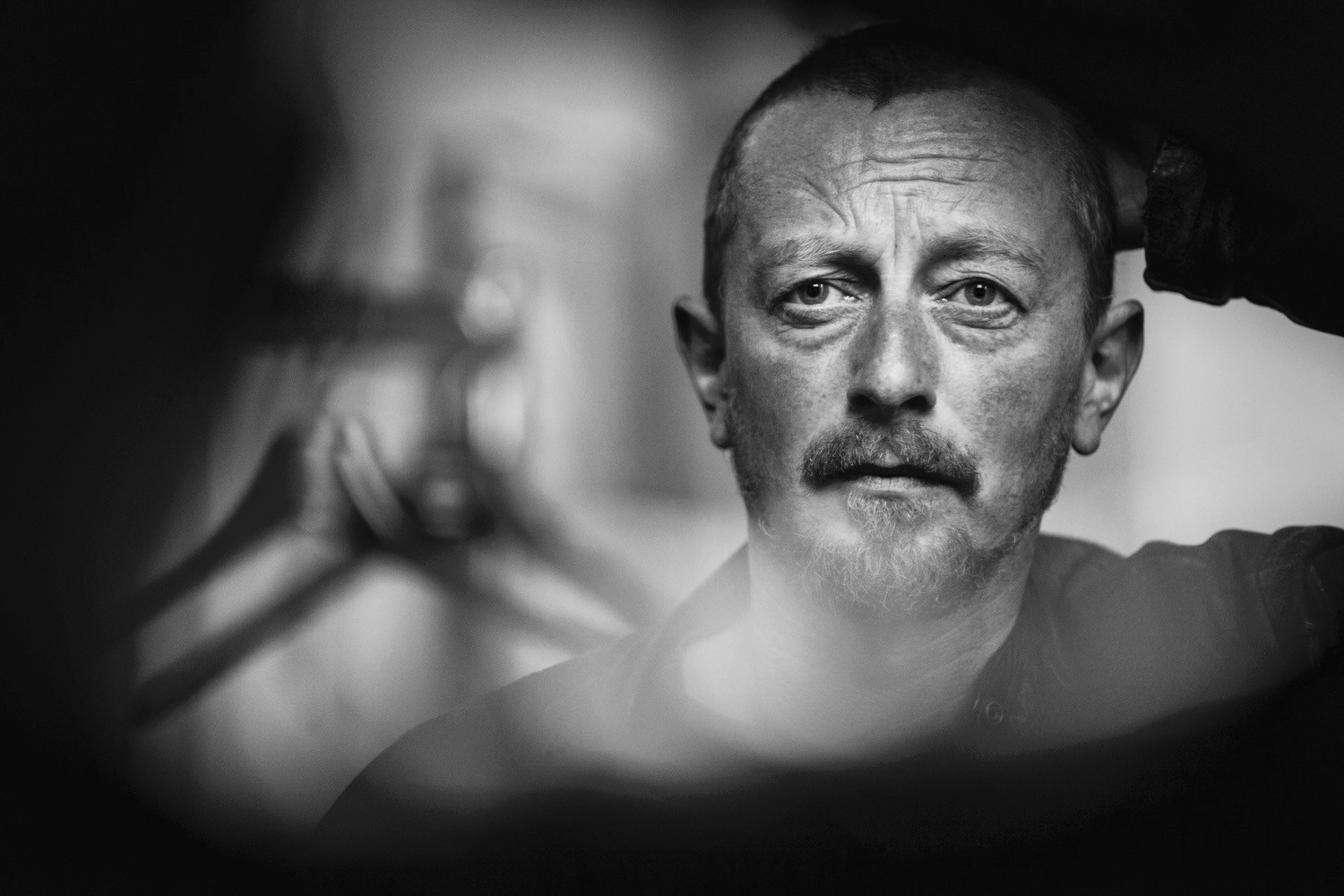